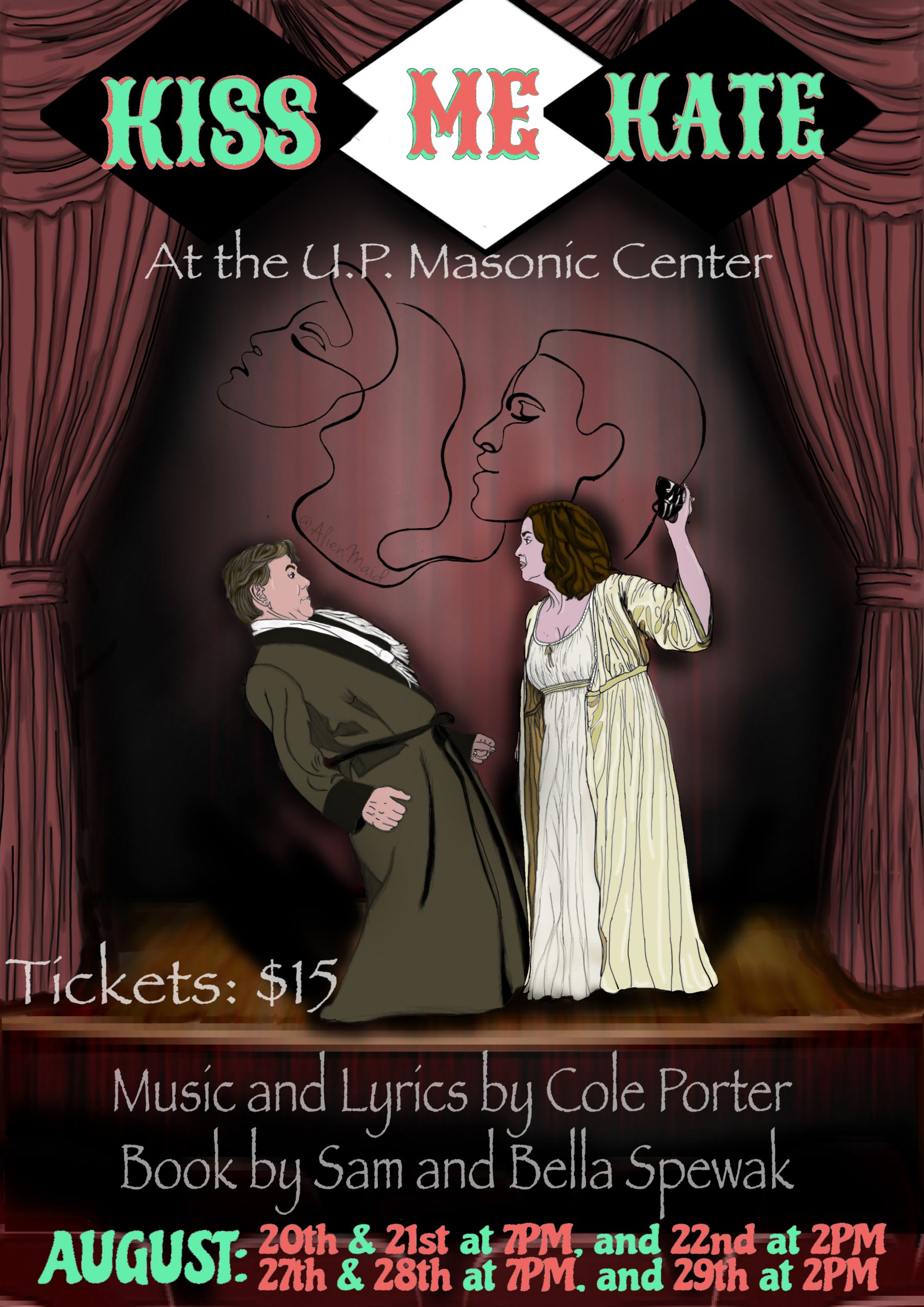 The egotistical leading man, director, and producer Fred Graham (Bobby Glenn Brown) is reunited with his ex-wife, Lilli Vanessi (Sara Parks) when the two are forced to play opposite one another in a new production of Shakespeare’s Taming of the Shrew. The battle of the sexes continues onstage and off, as it becomes clear that, as much as this couple professes to hate each other, they are also still in love. Alongside their bickering liaison, the show’s supporting actress, Lois Lane (Kaitlin Aisthorpe), supports her gambling boyfriend, Bill Calhoun (Craig Grabarczyk), as he attempts to evade the clutches of local gangsters. Throw in a number of cases of mistaken identity, the mob, and comedic routines into the mix and you get Kiss Me, Kate — a dazzling Broadway classic that earned the very first Tony award for Best Musical.